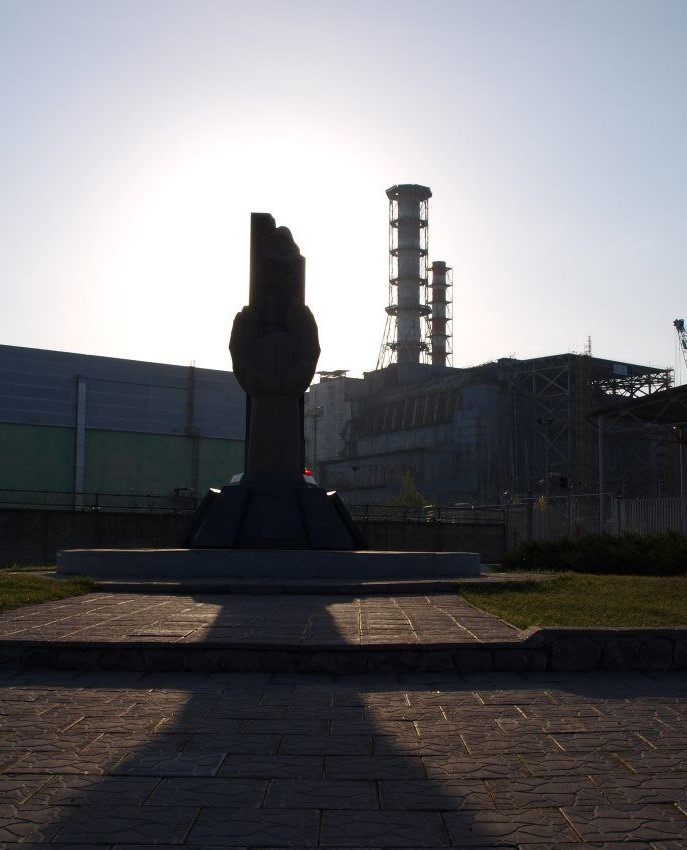 *Audio accessible* “What’s more, the international community’s inaction on the breach of these conventions sends a very dangerous message: that they don’t work. Sure, they may still hold up as a prosecutorial argument in international court, but what good will that do when Putin’s army is already knocking at the front door?”

“Do not draw your attention away from Chernobyl” (Part Two)

Emma Buchman is the director of March On Maryland, digital content director of March On Foundation, and editor of the MO Foundation Blog. She has studied Chernobyl and its liquidators for close to three years and is currently researching the ongoing war that Russia is waging against Ukraine. Emma also contributes to a website that collects any and all information on the Chernobyl disaster, specifically sources contemporary to the time of the accident and memoirs from liquidators.

Be sure to read Part One for more historical context.

**Note from the author- Below is an op-ed emphasizing on the historical perspective based on independent research. For scientific analysis, please see recommended resources at the end of the blog post.

Chernobyl is sacred ground meant to be tread upon lightly, both out of respect and… caution. The efforts to contain the radiation will continue for years to come. There is still a devoted staff that works there to make sure the New Safe Confinement is intact and doing its job to protect the remains of the 4th reactor. Without the New Safe Confinement,  radiation cannot be appropriately contained. There are people who still live there (yes, really!) – people who never left, people who came back; not to mention the residents of neighboring towns and villages outside of the Exclusion Zone. Not to mention there’s an entire 30km zone to administer that contains pockets (and sometimes forests) of intense radiation.

Thus far, Ukraine has more than sufficiently proven that not only are they the proper stewards of the plant by sovereignty, but also in terms of their care and devotion to Chernobyl. Under their stewardship, the mitigation of the consequences of the accident became an international collaboration. The New Safe Confinement was built in partnership with at least 45 different countries, the largest initiative for nuclear safety in history. There are already international initiatives in place to create a framework of global support for Chernobyl, and this is an excellent foundation to start from.

But what does any of that mean if we cannot help Ukraine protect it? It seems that the international community is much more open to supporting mitigation efforts above preventative measures, but with Chernobyl this is simply unacceptable. When Academician Legasov designed the original Shelter (frequently called the “sarcophagus”), he accounted for every potential danger. He even considered earthquake damage when Ukraine as a nation is nowhere near any fault lines! But containing Chernobyl requires every failsafe, and we are currently failing to live up to that standard.

What’s more, the international community’s inaction on the breach of these conventions sends a very dangerous message: that they don’t work. Sure, they may still hold up as a prosecutorial argument in international court, but what good will that do when Putin’s army is already knocking at the front door?

Watching Chernobyl become a battlefield on the very first day of Russia’s invasion was, in a word, revolting. Watching the West and institutions like the United Nations and their nuclear arm, the International Atomic Energy Agency (IAEA), do the bare minimum to address this was, in two words, absolutely maddening. Updates and strong words of condemnation are great, but I have always considered that the beginning of addressing a problem, not the end.

And the invasion itself was just the beginning. Every day, it seemed like the Russian military was doing their damnedest to desecrate the Zone that they once helped to protect. Here are just some of the examples:

There is still action that the UN, the IAEA, and the global community can take to hold Russia accountable:

In January 1988, Deputy Minister Shcherbina implored his colleagues, “Do not draw your attention away from Chernobyl.” On this, the 36th anniversary of the Chernobyl accident, I plead with the world to do the same. If we’re not going to publicly prioritize the safety of the Chernobyl Exclusion Zone, then what will we prioritize?

Вічная Пам’ять (Memory Eternal) – may the memory of every Chernobyl plant worker, firefighter, and liquidator forever be a blessing.

While I work extremely hard to stay as informed about Chernobyl and Russia’s war against Ukraine as possible, it is not the same as hearing information from more experienced experts. It is especially different from the experience of those who are on the ground. I HIGHLY recommend watching this expert discussion on Chernobyl in the context of the war on Ukraine, which includes the presentation by Dr. Egle Rindzeviciute about making Chernobyl a World Heritage Site.

Here are a *few* of the other accounts and works that I recommend: