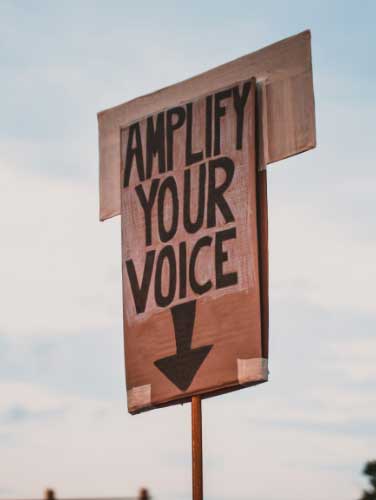 “Public financing programs help to shift power from wealthy special interest donors to ordinary citizens. These programs work by incentivizing candidates for state and local elections to participate in a new system of fundraising, where large contributions and contributions from corporations and PACs are sworn off, while small-dollar donations from regular residents are amplified so that even the smallest donation can have a huge impact.”

By Morgan Drayton, Policy & Engagement Manager at Common Cause Maryland

This piece outlines the public financing initiative in Anne Arundel County, MD. If you want to learn about public finance programs near you, click here.

1.What exactly are publicly financed campaigns?

Public financing programs help to shift power from wealthy special interest donors to ordinary citizens. These programs work by incentivizing candidates for state and local elections to participate in a new system of fundraising, where large contributions and contributions from corporations and PACs are sworn off, while small-dollar donations from regular residents of Anne Arundel County are amplified so that even the smallest donation can have a huge impact.  In order to qualify, candidates must receive a threshold amount of contributions from a threshold number of contributors. This process ensures that only candidates with viable community support can gain access to the public funding program, thus protecting public money.

Public campaign finance systems create an incentive for candidates to raise money by gathering lots of small-dollar donations. Instead of chasing down checks from well-connected lobbyists or developers, candidates can leverage smaller donations from supporters to access publicly-available funds, if they meet certain criteria.

We know fair elections programs work because we’ve seen the success in other places. In Connecticut, about three-quarters of candidates run using their Citizens’ Election Program: the legislature has become more diverse; it has passed more family-friendly policies; and it has stopped a program that gave $24 million a year to a special interest.

We’ve also seen the success of these programs right here in Maryland. Montgomery County successfully used its program for the first time during the 2018 election cycle. Since then, Howard County, Prince George’s County, Baltimore County and Baltimore City have followed suit.

And these programs have strong bipartisan support – Governor Larry Hogan used a similar state program, the Fair Campaign Financing Fund, the first time he was elected. In Arizona, candidates from both parties use their Citizens Clean Elections program at almost equal rates. Connecticut’s program helps Republicans compete more effectively in a state that is heavily Democratic.

2. How does it impact me in my daily life?

One of the most important aspects of publicly financed election programs is that, particularly when running a campaign gets vastly more expensive each cycle, they allow regular people to run on the power of their ideas instead of having to rely on wealthy interests. Publicly funded campaigns allow candidates from more diverse backgrounds – including women, Black people, people of color, and younger people – to run for office without needing to have the access to wealth or large donor networks that would otherwise be necessary to run a competitive campaign.

When political campaigns are privately-funded, politicians tend to listen more to their campaign donors than to their constituents. Over time, the option to publicly fund campaigns will lead to a government with elected officials who more closely represent the diverse values and demographics of our communities – and public policies aligned with the interests of voters, not campaign donors.

3. I would love to find out more about it for my county, where do I go for more information?

The Maryland State Board of Elections has a page with general information about publicly-funded elections, as well as quick-guides and summaries of all existing programs within the state. Counties that have already established public financing programs (in Maryland that’s Montgomery County, Howard County, Prince George’s County, Baltimore County, and Baltimore City) also have websites giving details about that program’s specific benefits and requirements.

4. Is there anything happening right now concerning public financing that I should be paying attention to?

Anne Arundel County kicked off the process last month, when the Anne Arundel Council introduced a charter amendment at the request of County Executive Steuart Pittman. If passed, this will put the question of creating a public campaign financing program – also known as a fair or citizen-funded election program – on the ballot for public vote in the November 2022 election…

If you live outside of Anne Arundel County or any of the other five jurisdictions that have established programs, we urge you to contact your state and local legislators and let them know that you support small donor campaign financing. You can also help spread the word of how these programs are beneficial to our communities – letting more diverse candidates run for office, increasing civic participation, and limiting the influence of big money in politics.

5. I want to keep on top of important things like this, but I don’t always have time. Is there a simple resource that I can reference so I can stay on top of public financing?

Common Cause Maryland is your one stop shop for news related to campaign finance! Visit our website to join our email list and get regular updates on our work. But we couldn’t fight this battle alone – we regularly work with our partners at the Fair Elections Maryland Coalition to establish small donor campaign finance programs as an alternative funding option for candidates in local and state elections. And I’m always posting updates on my personal twitter @MorganAPDrayton.

Morgan Drayton is the policy and engagement manager at Common Cause Maryland. She earned her JD at the University of Baltimore in 2021 and was previously a funds development and grants intern at March On Foundation.