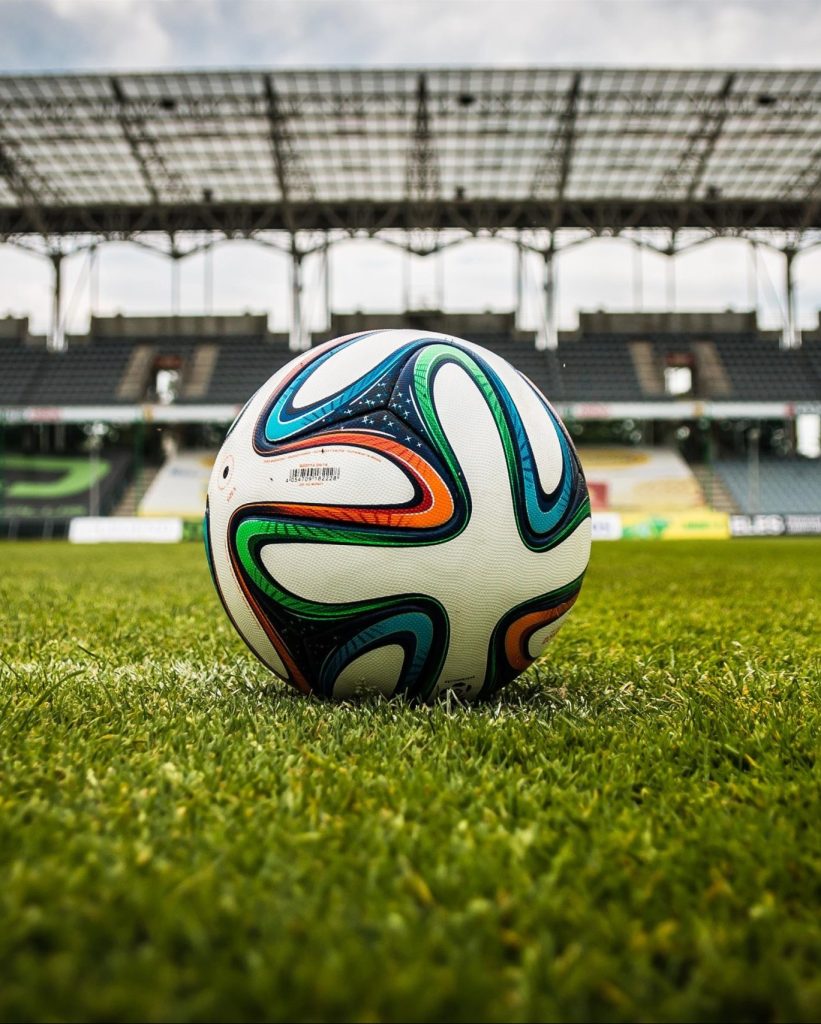 “But I realize that these 90 minutes that many fans and I cherish so much are not as revered by the organizations and companies that have financial and political stakes in this game. Through our love for this beautiful game, I realize that all 5 billion of us are continually being used as pawns by organizations such as FIFA and its sub-regional organizations…”

The World Cup: Profits over Passion?

In 2018 I met Idriss, a 20-something young man from Ghana living in Morocco. The World Cup had concluded in Russia by the time I met Idriss. Qatar had won the world cup bid eight years before to host the tournament in 2022. Idriss, like a number of young adults from west Africa, was in Morocco to attempt to cross the border into Melilla or Ceuta to gain entry to Spain, either as an asylum seeker, a refugee, or an economic migrant.

When I met him, he did not have to say much – the scars on his face and body spoke to the horrific treatment many people, including him, had endured at the Spanish-Morocco border. During our conversation, he mentioned that he was giving up on trying to make it to Spain and would soon apply for a migrant worker’s visa to work in Qatar. Qatar, a country of 2.6 million people – 75% of which are non-Qatari – was hosting the first-ever World Cup in the Middle East. It had become reliant on an increasing influx of migrant workers from Southeast Asia, South Asia, East Africa, and West Africa. Like many economic migrants to Qatar, Idriss will have to pay a third party recruitment agent to secure a job in Qatar. Although these recruitment agencies are illegal in Qatar, it does not stop the extortion of approximately $1,000 to $4,000 from each migrant.

I had heard of the growing number of people migrating to Qatar to work on the infrastructure development for the World Cup, but meeting Idriss was essentially putting a face and story to the myriad reasons why many young adults, mainly men from the Global South, were migrating to Qatar.

To many people, the bid for the 2022 World Cup in 2010 might be seen as an underdog story, a story of winning against all odds. Qatar was bidding against Japan, South Korea, the United States, and Australia, who all have a history of hosting huge sports events. In spite of these heavyweight contenders, Qatar, the unassuming gulf nation with a total area of 11,636 sq km (4,493 sq miles), was voted by the Executive Committee of the Fédération Internationale de Football Association (FIFA) to host the 2022 World Cup.

As Qatar and the Middle East celebrated their first World Cup, parts of the world doubled down on the critiques surrounding this host. Fans, journalists, and pundits cited reasons against Qatar as a host, such as the weather being too hot to play in the summer months when the tournament regularly takes place, Qatar not having a well-renowned football team or football culture, and the country not having the proper infrastructure to put on the games (it is important to note that, of course, different parts of the world have different climates and it will be unfair to exclude them from the hosting rights of a tournament that aims to represent the entire world).

This tournament is built on the premise of a beautiful game meant to unite us across cultures, races, ethnicities, political views, and nationalities. Yet today, this beautiful game is unironically causing division.

Among all these critiques, one which cannot (and should not) be easily forgotten was that Qatar, the oil and gas rich nation who in 2010 had a GDP of $125.1 billion, had bribed a significant number of the FIFA Executive Committee members to vote in their favor to host this tournament. The recent Netflix documentary alluded to many Football Associations (FAs) and government officials from France, the United States, and the Confederation of African Football (CAF) among many others as being recipients of said bribes. This controversy was falling on the eve of one of the biggest corruption scandals to hit the international football governing body, FIFA.

Over a decade has passed since the bid was awarded to Qatar, and FIFA is still reeling from the corruption scandal of 2015. However, this has not stopped the world’s biggest sporting event from occurring. In the few months leading to the world cup in Qatar, many media outlets and fan groups have become more vocal about their boycott of the World Cup. Aside from the corruption and bribery scandal, many people are haunted by the chilling statistic that 6,500 migrant workers have been allegedly reported dead in the last decade leading to the World Cup.

As an avid football fan and supporter, I have not experienced this magnitude of disinterest from people around the world in relation to a World Cup since I began watching at nine years old in 2006. This tournament is built on the premise of a beautiful game; a beautiful game meant to unite us across cultures, races, ethnicities, political views, and nationalities. Yet today, this beautiful game is unironically causing division.

Some football fans from various clubs have flown banners during matches calling for the boycott of this tournament. Some countries in the World Cup have taken action, like the Dutch team, which promises to auction their jerseys to fundraise for migrant worker groups in Qatar; meanwhile, the Danish team will be wearing a jersey with their kit sponsors faded in part to protest what they describe as the human right abuses of migrant workers in Qatar to build this World Cup.

As I keep reading and watching stories of people distancing themselves from this tournament, I quickly notice that most of the criticism I see comes from European fans and football teams. If human rights abuses are to disqualify a country from hosting a world cup, then should any European Union country be hosting the World Cup?

For decades, the EU has been complacent and financially active in the human rights abuses of migrants and refugees that occur at its southern border, notably the Italian-Libyan border and the Spanish-Moroccan border. Yet in 2006, Germany hosted the World Cup without much widespread critique. As I delve into understanding who gets a bid to host the World Cup, I am reminded of the first world cup to take place on African soil in South Africa in 2010. Similarly, the bid was entrenched in controversies over bribes, corruption, and the availability of infrastructure for the tournament. In 2026, the United States, Canada, and Mexico will be hosting the 23rd edition of the tournament despite the human rights abuses of asylum seekers, refugees, and migrants engineered by the US-American government and supported by the Mexican government, as well as the human rights abuses of Indigenous people across Canada.

The hypocrisy of who we criticize and when we criticize is not lost on me. On what is usually a joyous occasion to watch, the first match day of the 2022 World Cup has left me deflated.

Through our love for this beautiful game, I realize that all 5 billion of us are continually being used as pawns by organizations such as FIFA and its sub-regional organizations by supporting companies, governments, and individuals that turn our passions into profits and political power.

I have always pondered how to balance my love of football with the increasing politics of greed, corruption, and discrimination often associated with this sport. I know that I am not alone in this query. About 5 billion people, more than half of the world’s population, are slated to be watching the world cup this year. This is a heart-wrenching realization that the game we love, that brings us together and unites us despite our differences, is inherently etched in greed and corruption. During each game, we bicker about whether or not a foul deserves a yellow card, if that pass leading to a goal is offside, if the tackle inside the 18 yards box is deserving of a penalty, among many others. On numerous occasions, the banters are fun to read and watch with the universal understanding that we disagree to agree for tensions not to rise. For 90 minutes, I have seen people come together with only one common objective: to scream at a goal, cheer for their team, and put all differences aside.

But I realize that these 90 minutes that many fans and I cherish so much are not as revered by the organizations and companies that have financial and political stakes in this game. Through our love for this beautiful game, I realize that all 5 billion of us are continually being used as pawns by organizations such as FIFA and its sub-regional organizations by supporting companies, governments, and individuals that turn our passions into profits and political power.

Football has the power to change the world, to transcend borders, languages, and cultures, because it is a universal game understood by billions. Football, in my opinion, has always been our grand unifier. This is the reason I keep going back to this game. However, I am learning to be truthful to myself and the world around me. My romanticization of football now seems to be borderline delusions of grandeur. The power football holds is concentrated in the hands of a few people. The people with this power have no inclination to change the world for the better; they would instead hold on to the status quo and make money at the expense of billions of fans.

As I write this, I am in search of answers: answers to better understand how the beautiful game can still play a role in our collective search for change in this world. Answers that will center the fans of this game and not the sportswashing of corrupt and abusive organizations and governments. I would like to know: how do 5 billion fans have transparency about where and how matches are played? What is football’s place in a continuously polarized world? How does FIFA ethically select a World Cup host?

The World Cup is already underway, but these questions will keep lingering even after the finals are played on December 18. I am cautiously optimistic that one day, the voices of the billions of fans who matter, that move our world forward, will shape how this game is played for the better. Until then, I am holding out hope that the conversations emerging about FIFA, Qatar, and past and future World Cup hosts will be ones to propel us into this progressive future.

It is a cold fall morning for me, and the first world cup in the Middle East has kicked off in November instead of June due to cooler temperatures in one of seven newly built stadiums. Qatar and Ecuador are facing off in the opening match of the 22nd edition of the tournament. I am thinking of Idriss, who I have never met again since our encounter in Morocco.

And if Idriss was involved in building this Qatar World Cup project, would he be able to buy tickets and cheer for Ghana in one of the stadiums, or would this goal be socio-economically out of reach for him?

We are ecstatic to welcome our newest contributor to the MO Foundation Blog, Felicia Attor! A few words from Felicia:

Hi, my name is Felicia Attor and I work in global health. I’m passionate about all things food, good music, dance, and football/soccer. In my free time, I crochet, dance, and read. My goal for the new year is to read a new book every month  🙂