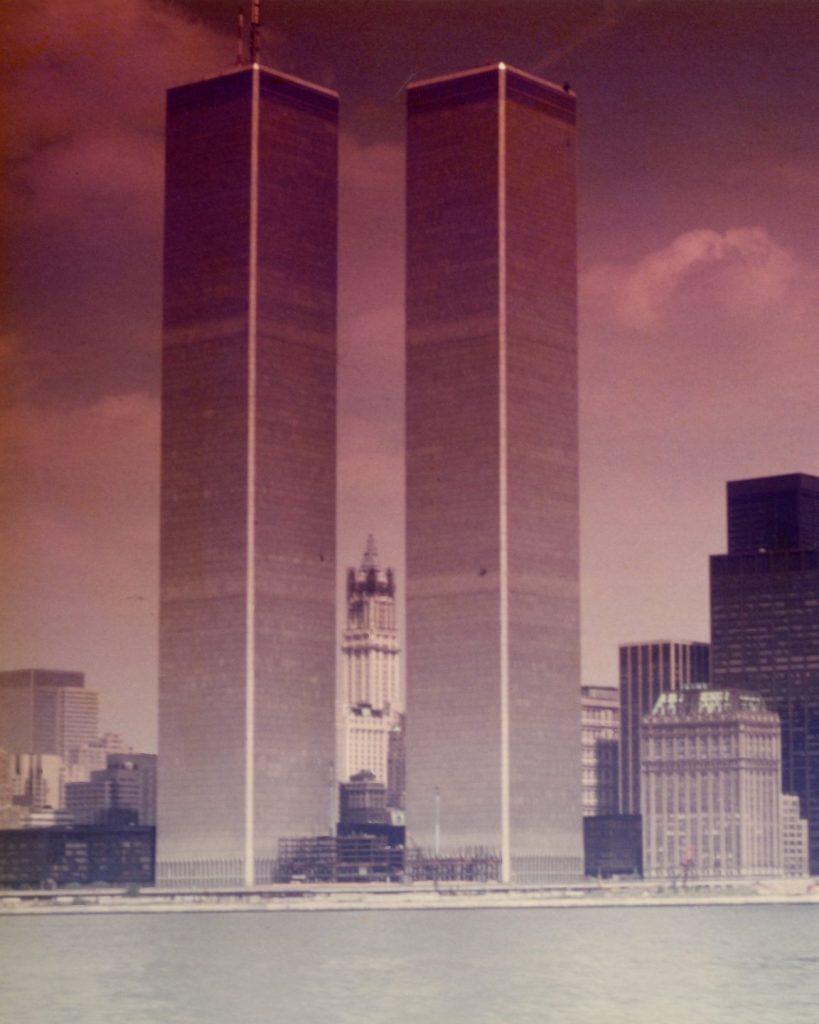 “Across the 80th floor (as we found out later) was a huge, dark slash where the left wing of the airplane cut through. Then in the middle was a gaping, smoking hole, a rough circumference of the aircraft fuselage…. We were stunned. People tried to call family and friends to make sure they were safe. But it wouldn’t be long before cell service dropped dramatically.”

Finding a Way to Serve: Our Board President’s 9/11 Story

Rev. Dr. M. Eve Hurwitz, aka Maven Eve, is on a mission to help humans love themselves and each other in order to create an evolutionary species and a sustainable planet for our beloved human family. Eve founded March On Maryland in 2017 and expanded nationally with March On Foundation shortly after. Eve is the Director of Finance for March On, our partner in the Future Incubator program. She is also an interfaith minister, combat veteran, and reiki practitioner. Eve served as a Naval Flight Officer, and continues to serve in the Navy Reserve.

She is President of March On Foundation and Minister of Technology for The Interfaith Temple. She also sits on the board of several nonprofits and is continually honing her ability to say no with love.

On the morning of September 11, 2001, I was on my commuter bus heading east on the westbound side of Route 3 in northern New Jersey. Usually we’d head right into the Lincoln Tunnel into New York City, where I was working, and I’d take the subway from Port Authority to the office.

That morning was different.

The World Trade Center, also known as the Twin Towers, stood tall and proud in the distance as we rumbled east down the highway. As we got closer, cell phones started ringing. Snippets of conversation could be heard:

“…sealing off the city…”

The general consensus was that a small private plane had veered wildly off course and struck the towers.

We were so very wrong.

I could see smoke as we approached the part of the highway where the towers became visible off to our right. White and gray clouds billowed from a huge plane-shaped hole near the top of the North Tower.

It was such an odd thing to see, so out of place in the normal morning routine and one of my clearest memories from that day.

Across the 80th floor (as we found out later) was a huge, dark slash where the left wing of the airplane cut through. Then in the middle was a gaping, smoking hole, a rough circumference of the aircraft fuselage. Following on the right was another dark slash where the other wing had carved through the building.

We were stunned. People tried to call family and friends to make sure they were safe. But it wouldn’t be long before cell service dropped dramatically.

Then I remembered – my sister was supposed to be flying that day. She was scheduled to be on Flight 93, the aircraft whose passengers overpowered the hijackers and took the plane to the ground in Pennsylvania before it could hit its intended target.

We didn’t know how many targets there were.

One aircraft had hit the Pentagon and two had hit the Twin Towers. The military was on high alert. By the time family members heard from passengers on Flight 93, they knew about the hijacking and were about to overtake the hijackers to take control of the plane. They knew what was going to happen.

Those were goodbye calls.

But as our bus neared the New Jersey/New York border, my sister’s call was to tell me that her travel plans had changed at the last minute and she was safe and on the ground.

We came to a sudden stop. After a few minutes, we found out that the authorities had closed all access into New York City, and they were turning all traffic around. We inched our way under the tressels, turning around below street level and slowly heading back into Jersey.

When we emerged from the complex of tressels, we saw the North Tower and what we thought were billows of smoke, sand, and dirt obscuring the South Tower.

The bus erupted into shouting and crying.

Some people frantically tried to call friends and loved ones who worked in or near the Towers, desperate to know their status. But cell activity in New York and across the East Coast more than doubled after the attacks, and the overload caused widespread crashes, so few people successfully connected. When we couldn’t reach anyone, most people on the bus just sat in stunned silence, still absorbing what we had seen and wondering what was happening in our country.

The bus driver offered to drop people off wherever they wanted to go. Some people went back to their original departure point, but I needed information and interaction, so I asked to be dropped off at my drugstore, which was a local hangout spot. People were huddled around the TV, trying to find out more, not knowing what to do or where to go. The store was walking distance to my apartment, so after a while I headed home, still bewildered by the events of the morning.

Once home, my mind was racing. I couldn’t stop thinking about the plane-shaped hole in the North Tower. I kept wanting to DO something.

That’s when I decided to join the military.

My grandfather served in the Navy and my father in the Army. I decided to follow in my grandfather’s footsteps, so about three weeks after the event, I visited the recruiter’s office on Broadway.

From the windows there we could see Ground Zero, as the epicenter of the carnage came to be known. Three weeks later, it was still smoking. Jet fuel and debris still burned and smoldered from the depths of the piles.

When I left active duty, I felt that I wasn’t done serving. However, I grappled with my military service and my role in the war machine. I was riddled with guilt and anxiety, and I struggled with PTSD.

At the time of the attack, I was working at an accounting firm on 19th Street. When I told my boss that I wanted to join the Navy because of 9/11, she said “I really appreciate your patriotism, but can you wait until after tax season?” And I did.

In April 2002, I began Officer Candidate School and graduated as an Ensign in the United States Navy. I attended flight school and became a Naval Flight Officer, serving in commands and on carriers during Operation Enduring Freedom and Operation Iraqi Freedom. I deployed twice and was active duty for eight years, then joined the Navy Reserve after having my first child. I am in my 21st year of service.

When I left active duty, I felt that I wasn’t done serving. However, I grappled with my military service and my role in the war machine. I was riddled with guilt and anxiety, and I struggled with PTSD.

After my first pregnancy and childbirth, my eyes were opened to the mistreatment of mothers and families in our country, especially the injustices suffered by people of color. I dove into activism and government.

Through my work with nonprofits and communities, I realized that my purpose wasn’t to fight in wars or perpetuate violence. My purpose was built into me and is known in my tradition as tikkun olam, or “repair the world.” But how?

Love. The answer is always love. Love is speaking truth to power. Love is asking questions that push growth through discomfort.

Love is always remembering the plane-shaped hole and honoring the victims of 9/11, each in our own way. 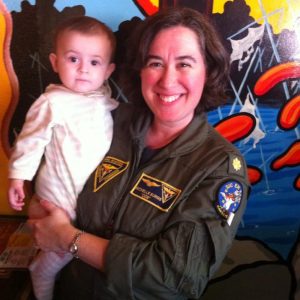