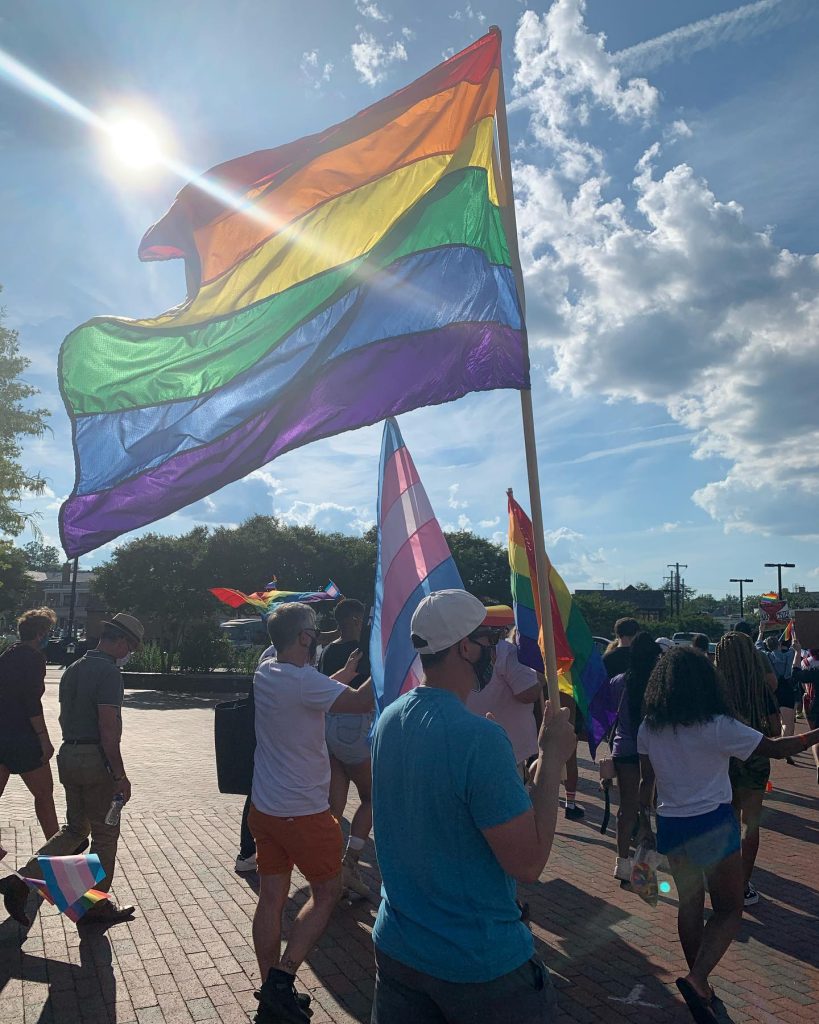 “Gender identity and sexuality are spectra meant to exist unfettered from societal constructs. They are both beautiful expressions of our humanity that everyone in the world has a right to explore and discover for themselves.”

Plenty to be Done: Thoughts on the Mass Shooting at Club Q

It’s taken me a little while to write this. As digital content director, I’m usually the one writing the statements; and as a queer, demisexual person myself, I wasn’t particularly excited to confront this horrific event.

On the night of November 19-20, 2022, yet another mass shooting occurred in the United States. It was another pointless, senseless attack on human life, and it seems like the victims were specifically targeted for being a part of the LGBTQIA+ community. The rampage was halted by three club patrons who heroically disarmed and subdued the shooter, including army veteran Richard M. Fierro, Thomas James, and a trans woman who allegedly stomped on the shooter’s head with her high heels (if anyone knows her name, I’d love to hear it. I couldn’t find it in the news).

However, five innocent lives were taken and 25 people were injured, 19 from gunfire. Two of those killed were transgender. Countless people are now suffering from the loss of their loved ones, the pain of their injuries, and the trauma that necessarily comes with events like this for all involved.

These figures are believed to be smaller than the actual number of hate crimes, as too often these crimes go unreported.

However, these anti-LGBTQIA+ attacks are not limited to hate crimes. Books bans implemented across the country are often targeting works by BIPOC and LGBTQIA+ writers. Language used to historically demonize queer and trans people seems to be making a resurgence. I myself was accused of encouraging pedophilia when a group from our community organized a day of solidarity for LGBTQIA+ students attending high school in an extremely conservative area.

Things have always been dangerous for LGBTQIA+ folks, both in the United States and abroad. In times of tragedy in our community, I can’t help but think of queer historical figures who I love and admire so much. I think of the statement Oscar Wilde, the brilliant Alan Turing, the courageous Harvey Milk. The shooting at Club Q happened 127 years after Wilde began his sentence after being found guilty of “gross indecency” for being in a romantic relationship with another man; it was 70 years after Turing was prosecuted and chemically castrated for the same “crime” (emphasis on the quotation marks); and it was 44 years after Milk was assassinated in his office as the first openly gay man elected to public office in California.

I think about how far we’re supposed to have come, and I cry at the pain that continues to befall this community, a pain I’m sure these great figures would share. And there are so many like them, whose names deserve equal acclaim but continue to go unnoticed because of who they are or what they look like.

As I sit and think about what exactly to say, all that I can think of, honestly, is how stupid it is that we even have to debate these things in the first place. Why are we dictating something as organic as love and identity?

Whether you identify with the gender you were assigned at birth or not, whether you are sexually/romantically attracted to the opposite sex or not, exploration of sexuality and gender between consenting adults is something every person should have the joy of discovering for themselves.

My womanhood is not lessened by another person’s womanhood. What is it that makes you think so? Does it scare you how strong trans women must be in order to survive in a world that wants to kill them for who they are?

Does it intimidate you to know that while you may have been able to walk into your womanhood without any issue, these ladies had to fight for theirs? As Elektra Wintour of Pose said while giving a transphobe the read of a lifetime, “I know our presence threatens you. We fought for our place at this table, and that has made us stronger than you will ever be.”

And why are you so obsessed with how other people have sex? Why do you feel you have a right to not only know what people do in the intimacy and privacy of their bedrooms (or living rooms, or bathrooms, wherever you non-aspec kids have sex these days), but that you are entitled to dictate what they do?

These are all, of course, rhetorical questions. We know why hateful people are the way they are, and we know why our system of Christian white supremacist patriarchy likes to maintain this status quo filled with hate and violence. We also know how the system routinely pits subgroups in our community against each other to distract from the oppression it causes us as a whole. And we know how often white people have been complicit in maintaining this system to keep their privilege, sacrificing Black and Brown queer and trans folks constantly along the way. According to the same article from GLAAD:

“The National Coalition of Anti-Violence Programs (NCAVP) released a report profiling a spike in violence against LGBTQ people during the 2019 Pride season, May-June 2019, showing that people of color and transgender people are disproportionally targeted. NCAVP reported that 91% of all LGBTQ homicide victims were Black, and 64% of homicide victims were Black transgender women.”

These disproportionate impacts on BIPOC queer and trans people are not new – they have always been more exposed to harm than their white counterparts under our system of white supremacy.

But this is not all that humanity is or can be. To me, that is one of the most beautiful things about the LGBTQIA+ community: it shows how bright and lovely and dynamic we can be.

Gender identity and sexuality are spectra meant to exist unfettered from societal constructs. They are both beautiful expressions of our humanity that everyone in the world has a right to explore and discover for themselves.

Whether you identify with the gender you were assigned at birth or not, whether you are sexually/romantically attracted to the opposite sex or not, exploration of sexuality and gender between consenting adults is something every person should have the joy of discovering for themselves. And if you don’t agree with this, well then… I frankly pity you and the limited, colorless life you must lead.

I am but one member of a community filled to the brim with beauty and love. But more importantly, the LGBTQIA+ community is an essential part of our global, human community because we’re everywhere. And we’re everywhere because… well, because that’s how the gorgeous diversity of nature works.

We will never go away. There is too much light in this community for you to ever get rid of all of us. We will be here as sure as the sun rises. We will be safe and comforted by those who love us, including (I hope) ourselves. And we will fight for all of the queer and trans children waiting to step onto the scene and make their own mark.

May their memories forever be a blessing. 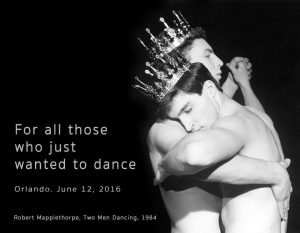 Meme by R. Daniel Foster, originally made in response to the anti-LGBTQIA+ mass shooting at Pulse, a gay nightclub, in 2016.