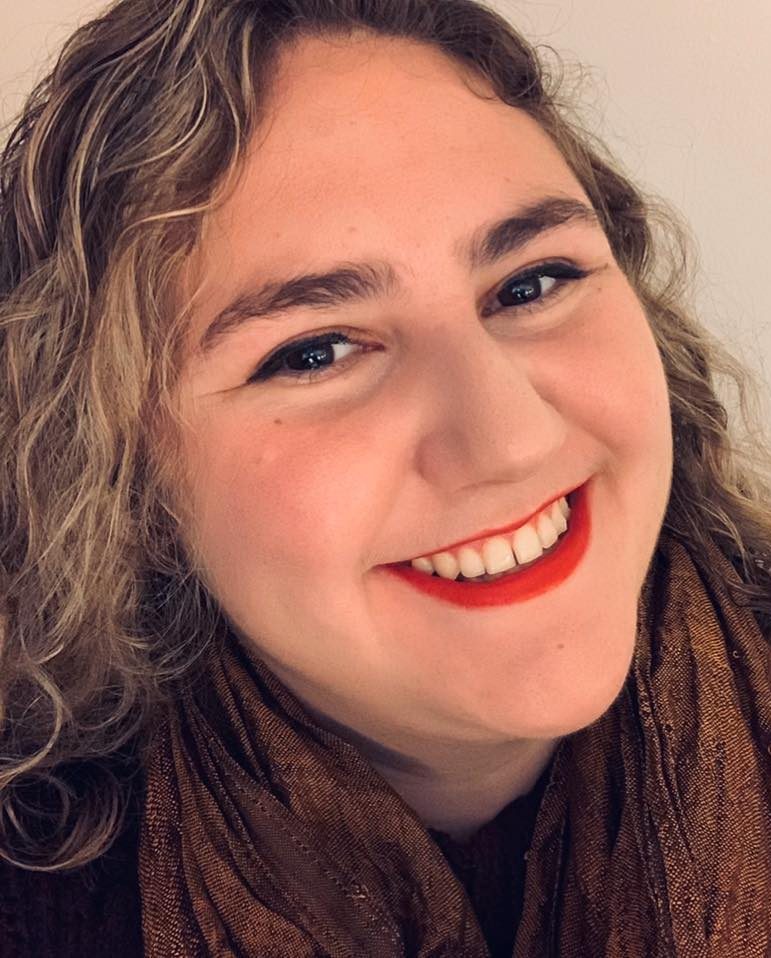 *Audio accessible* “…we seem to be repeating the same pattern that led to the accident in the first place: we are constantly warned by experts that this is a serious issue that requires our careful attention, and almost every time they are dismissed. Just like the Soviet Union, we as a global community are being afforded opportunity after opportunity to take Chernobyl seriously. And, like the Soviet government, we are not seizing those opportunities.”

“Do not draw your attention away from Chernobyl” (Part One)

Emma Buchman is the director of March On Maryland, digital content director of March On Foundation, and editor of the MO Foundation Blog. She has studied Chernobyl and its liquidators for close to three years and is currently researching the ongoing war that Russia is waging against Ukraine. Emma also contributes to a website that collects any and all information on the Chernobyl disaster, specifically sources contemporary to the time of the accident and memoirs from liquidators.

**Note from the author- Below is an op-ed emphasizing on the historical perspective based on independent research. For scientific analysis, please see recommended resources at the end of the blog post.

On April 26, 1986 at 1:23:45 AM EEST, an explosion rocked the fourth block of the Chernobyl Nuclear Power Plant in northern Ukraine. The 2,000-ton reactor lid was projected through the ceiling of the reactor building, revealing the night sky. Five seconds later, exposed to the open air, the reactor core finally ignited and a second, more powerful explosion ripped Chernobyl’s 4th block apart. Like a chest cracked open to reveal a dying heart, the 4th reactor building was blown open, a massive column of ionizing radiation bursting upwards through the now open roof. It glowed brightly in the previously peaceful evening with what eyewitnesses described as a “beautiful” bluish light.

By 8PM that evening, a government commission arrived in the nearby town of Prip’yat to assess and liquidate the accident. Boris Evdokimovich Shcherbina, deputy chairman of the Council of Ministers and a native-born Ukrainian, led the charge as chairman of the Chernobyl Commission. His brother in arms, deputy director of the Kurchatov Institute Academician Valery Alekseyevich Legasov, served as the Commission’s chief scientific adviser.

Despite constant interference from the Soviet government, a poignant lack of resources, and danger from both the radiation and the KGB, the Chernobyl Commission, the Government Task Force, and thousands of liquidators worked around the clock for months to mitigate the consequences of the accident. They did the best that they could with what they had, but the area around Chernobyl’s fourth block remains one of the most dangerous places on earth and continues to be protected by plant workers and the government of Ukraine today.

Within seconds, the 4th reactor went from the pride and joy of the Soviet civil nuclear industry to the site of the world’s worst nuclear catastrophe. While the accident happened in seconds, its genesis was decades earlier.

From the moment the Soviet nuclear industry was created, it was raised in the epitome of Soviet secrecy. Nuclear work initially fell under the purview of the First Main Directorate and an “atomic politburo” under the direction of Lavrenty Beria, described as a cruel and brutal man who was also the head of the NKVD, a predecessor to the KGB. He orchestrated the Katyn massacre which saw the brutal killings of over 22,000 Polish officers and intellectuals. Beria was also known even to members of Joseph Stailn’s inner circle as a vicious predator who could never be left alone with their wives or daughters.

When Igor Kurchatov and Nikolai Dollezhal built the Soviet Union’s first atomic bomb, Beria rewarded them in direct proportion to the punishment they would have received if they had failed: the highest honor of Hero of Socialist Labor in place of a bullet to the head for Kurchatov and Dollezhal, Orders of Lenin for their secondary partners as opposed to lengthy sentences in Siberia. Of the hundreds of thousands of people sent to work the uranium mines, over half were forced laborers (including 50,000 prisoners of war). Many of these workers would be deported to the Soviet Far North in order to protect the State’s secrets in this new and lucrative industry.

After a certain point, the accident at Chernobyl became inevitable… These problems were raised by scientists over and over and over and over again within the nuclear industry. Time and again, they were ignored, censured, discredited, or eliminated altogether.

After Kurchatov’s death, Academician Anatoly Aleksandrov took the mantle, going all-in on the gigantism of Soviet industry. Aleksandrov designed a new kind of reactor: the RBMK reactor. In designing it, Aleksandrov accepted the decision not to include a containment building, all for the sake of cost. Containment buildings have long been a requirement of reactors in the West, as it serves as a massive layer of protection in the case of nuclear fallout. A containment unit would have contained a great deal of the radiation released in the Chernobyl accident and could have saved many lives and families. Aleksandrov was also aware of problems with materials in building the reactors and continually ignored them. From the moment the first RBMK reactor went live in 1973, he knew there were problems with it.

Aleksandrov did nothing to mitigate these issues and they continued to build more RBMK reactors, including four at Chernobyl (with four more in various stages of construction).

After a certain point, the accident at Chernobyl became inevitable, a sentiment similar to ones expressed by both Academician Legasov and Chairman of the Council of Ministers Nikolai Ivanovich Ryzhkov. These problems were raised by scientists over and over and over and over again within the nuclear industry. Time and again, they were ignored, censured, discredited, or eliminated altogether.

Valery Legasov was one of these scientists; even before the accident he warned about the flaws in RBMK reactors and general safety management of nuclear power plants. After the accident at Chernobyl, Legasov quickly pivoted from hopeful Party loyalist to fierce opposition activist. And he was greatly punished for it. Legasov would die by suicide on April 27, 1988, after a years-long campaign to ruin his life and career from within the Soviet Academy of Sciences and the Kurchatov Institute itself.

Boris Shcherbina would die several years later on August 23, 1990 from what some close to him believe were radiation-related heart problems. While not as openly oppositional as Legasov, he constantly worked behind the scenes to maximize the safety of nuclear power plants and push for better care of those impacted by Chernobyl. Instead of being repaid for their sacrifice, they instead suffered physical, emotional, mental, and social costs for their time at Chernobyl.

31 people died as a direct result of radiation sickness or other injuries incurred during the accident. The first official victim of Chernobyl was senior pump operator Valery I. Khodemchuk, who is still entombed in the fourth block. Plant workers who died of acute radiation syndrome in the weeks following included Aleksander F. Akimov, Aleksandr G. Lelechenko, and Leonid F. Toptunov. Firefighters who suffered the same fate include Vasily I. Ignatenko, Volodymyr Pravyk, and Nikolai I. Titenok. Every one of these people gave their lives to save so many others. From Legasov to Titenok, they paid for the Soviet elite’s mistakes with their lives. And for many of them, their contribution would only be minor in the face of such horrendous radiation.

Each of these stories has the same beginning: Chernobyl. It is a story that is being told more frequently and more accurately following the release of the HBO series in 2019. However, the number of Tweets that I have seen on Twitter calling Chernobyl’s capture and occupation by Russian forces “a non-story” is concerning, to say the least.

Another concern is that we seem to be repeating the same pattern that led to the accident in the first place: we are constantly warned by experts that this is a serious issue that requires our careful attention, and almost every time they are dismissed. Just like the Soviet Union, we as a global community are being afforded opportunity after opportunity to take Chernobyl seriously. And, like the Soviet government, we are not seizing those opportunities.

And that is a serious problem… (continued in Part Two…)

While I work extremely hard to stay informed about Chernobyl and Russia’s war against Ukraine, it is not the same as hearing information from more experienced experts. It is especially different from the experience of those who are on the ground. I HIGHLY recommend watching this expert discussion on Chernobyl in the context of the war on Ukraine, which includes a presentation by Dr. Egle Rindzeviciute about making Chernobyl a World Heritage Site.

Here are a *few* of the other accounts and works that I recommend: